In case you missed it – Here’s a recap of results from some of our Falcons sports teams from the week of 1/7/19. Want your team highlighted on the athletic website? Send sports scores, game summaries, and photos to webmaster.fosterabc@gmail.com.

Congratulations to our swimming seniors who were honored at last week’s swim meet! Good luck in all your future plans. We are Foster Proud of you! 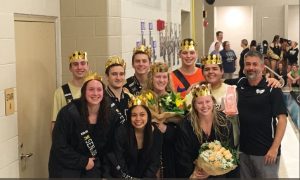 Congratulations to the freshman girls on their victory over Angleton!

Congrats to the freshman girls on their victory over Terry!

Congrats to the JV girls on their victory over Terry!

The Terry varsity basketball team lost Friday’s home conference game against Foster by a score of 72-28.

The Foster JV basketball team won Friday’s home non-conference game against Terry by a score of 63-59.

The Angleton varsity basketball team lost Tuesday’s home conference game against Foster by a score of 73-67.

The Foster varsity basketball team won Friday’s home conference game against Terry by a score of 67-57.

1/10/19: The Lady Falcons kicked off the 2019 I-10 Shootout Tournament with a resounding victory over Bay City.  Tola (1) and Jazz (3) led the way with the scoring while Angelica, Abri and Marin helped control the midfield and force turnovers throughout the game. A  goal line save by Chloe Mills near the end by the Falcons defense kept the clean sheet and ensured the ladies advance to the next round as victors. 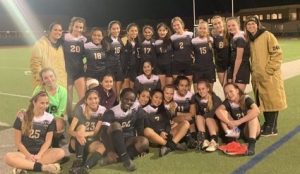 1/11/19: Friday’s matchup between the Lady Falcons and Fulshear provided plenty of fireworks. Fulshear took the early lead with two goals in the first half during a back and forth game. But, the Falcons came out flying in the second half. Angelica scored on a great solo effort after shaking off a foul and Jasmine tallied two, including one from a beautiful free kick, to seal the comeback win. The 3-2 victory earned Foster a shot at the title against a strong Stratford team in Legacy Stadium. Good luck ladies and Protect the Nest! 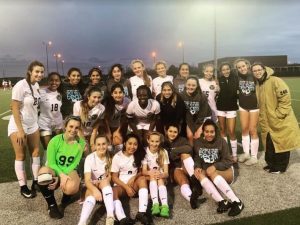 1/12/19: Hard fought loss to a very good Stratford squad. Proud of these ladies for leaving it all on the field this weekend and making it to the Championship game! 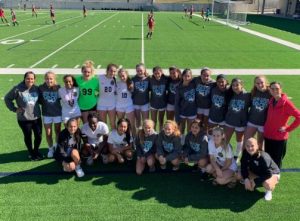 Congratulations to J. Badillo for being selected to the All-Tournament team at the 2019 I-10 Shoot Out! Badillo finished the weekend with 6 goals and 1 assist! 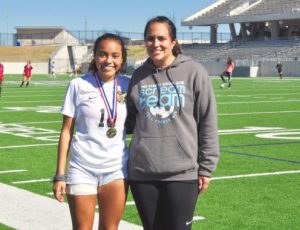 1/10/19: Huge win for JV-A team, 3-0 over Spring HS at the Humble ISD Showcase. Goals scored by Youssef (2) and Arellano. Haynes had 2 assists. Zhang and Le with superb defense to preserve the shutout. 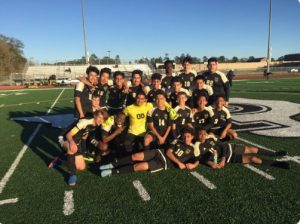 11/12/19: Foster fell 3-1 to Waller on Saturday in the Panther Cup. Our first district game is Tuesday against a tough Lamar Consolidated team at 7:30 PM. Come out and support the boys!