In case you missed it – Here’s a recap of results from some of our Falcons sports teams from the week of 2/4/19. Want your team highlighted on the athletic website? Send sports scores, game summaries, and photos to webmaster.fosterabc@gmail.com.

For pictures from the Regional Swim Meet CLICK HERE. Thank you @CFHS sports for sharing!

Congratulations to our senior basketball players. Thank you for a great season and good luck to each of you in the future! 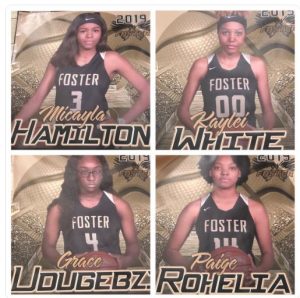 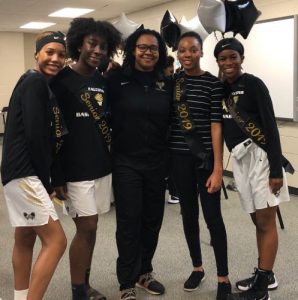 The Foster varsity basketball team lost Tuesday’s home conference game against Manvel by a score of 47-31.

The Manvel varsity basketball team won Tuesday’s home conference game against Foster by a score of 67-66. 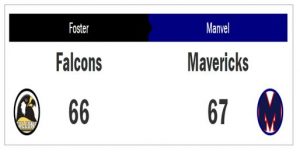 Falcons closed out Sr. Night at the Nest with a big 77-64 win vs. Angleton to stay in playoff chase.

Congratulations to our senior basketball players. Thank you for a great season and good luck to each of you in the future! 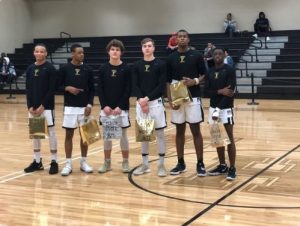 JV  picked up the 1-0 WIN! Scoring for the Falcons was none other than Ventura! Shut out in goal by Genesis R.

On a windy night, the ball doesn’t always go where you want it.  That was not the case on Wednesday as the Lady Falcons managed to find the back of the net 10 times against Willowridge.  It marks the third time this season that the team has reached double digits in a game and, even more impressively, 7 Lady Falcons got on the scoreboard with Chloe Mills, Jade Cheramie and Sydney Yeverino netting their first goals of the season.

The Falcons used their dominant midfield to control possession and open passing lanes for the forwards.  Marin Stephan, Abrie Morales and Angelica Bochus were instrumental in cutting off early attacks and countering with quick diagonal balls through the defensive line.  Abrie, Angelica and Jasmin Badillo each had a brace with 2 goals apiece and Hannah Schwartz added a goal right before half.  Ale Yeverino and Kelly Rivas split time in goal to rack up another clean sheet for the Lady Falcons, their 7th of the year.  The Falcons face a massive test at noon on Saturday away against a tough Manvel team.  Come out and support the team as they represent Foster and Protect The Nest!  #ptn
2/9/19: Foster vs. Manvel

The temperatures were cold but the Foster Lady Falcons stayed hot with a 3-1 victory over a strong Manvel squad. The first 15 minutes were all Foster as the Falcons pressed numbers forward and overloaded the Manvel defense. The 9th minute saw a breakthrough with Jasmin Badillo finding the back of the net on a nice through ball from Angelica Bochus.  Foster continued to press and Liana Hamdan rang the crossbar from 15 yards out, but Manvel began to find some lanes. Jade Cheramie had a goal line save minutes later and the defense worked feverishly to maintain possession. A free kick in Foster’s half led to a loose ball in front of the goal and, unable to clear it, Manvel poked it in to tie the game up going into half. In the second half, Foster got back to business and found a better shape moving forward. Five minutes in, Chloe Mills found Tola Ajayi on a long ball over the defense and the forward was able to slip it by the onrushing keeper for goal #2. It wasn’t long before Jasmin found the left wing open and drove deep into Manvel’s half before slotting another low shot past an out of position keeper. The Foster midfield then dropped to support in defense and cut off Manvel’s attacks as the teams battled back and forth for the next 25 minutes. Angleton visits Foster on Tuesday at 7:30 PM. We need a big home crowd to help cheer the ladies to victory! Protect the Nest! 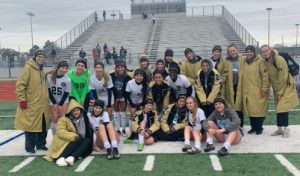 JVA with a hard fought 1-1 draw at Willowridge. Nicholas Arellano with the goal. Luis Reyes with the assist.

JVA with a Clutch 1-0 win over Manvel! Mason Haynes scores on a free kick. Ezekiel Cerda with several huge saves and a clean sheet.

Foster Softball lost the lead late in a 5-2 defeat to Fort Bend Travis on Tuesday. The game was tied at one with Fort Bend Travis batting in the bottom of the third when #5 singled on a 2-2 count, scoring one run.

Foster Softball fired up the offense in the first inning. Kylie Neel doubled on a 1-1 count, scoring one run.

Foster Softball got things moving in the first inning scoring one run when Amanda Allen singled. Then, they scored four runs in the second inning. Cici Mata and Alexis Morin powered the big inning with RBIs.