In case you missed it – Here’s a recap of results from some of our Falcons sports teams from the week of 2/18/19. Want your team highlighted on the athletic website? Send sports scores, game summaries, and photos to webmaster.fosterabc@gmail.com.

To view photos from the District, Regional, and State Swim Meets click the links below. Special thanks to Ryan Dunsmore for sharing his images!

Congrats to the men’s and women’s teams getting off to a good start to the water polo season. Both teams are starting the season 2-0 Thursday night. Good games from Memorial, St. Agnes and Strake Jesuit. 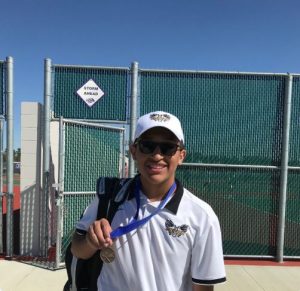 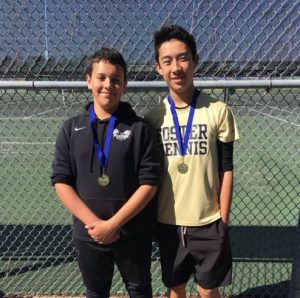 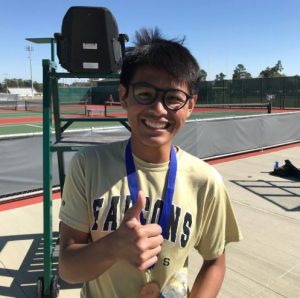 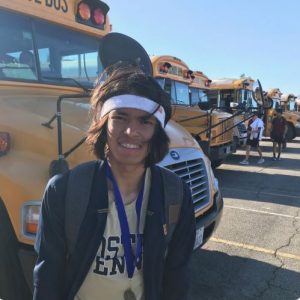 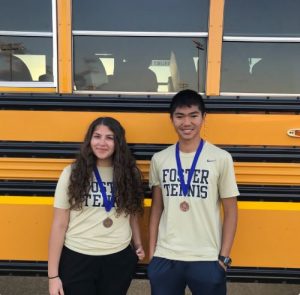 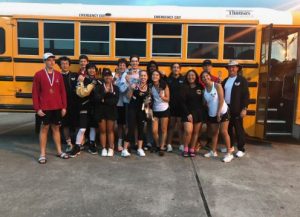 Congratulations Natalia and Anthony! Champions A Mixed Doubles at Alief! 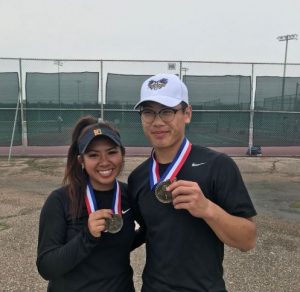 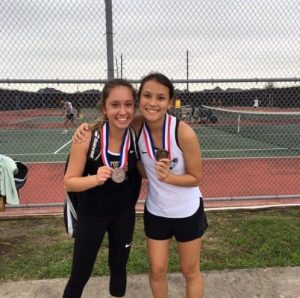 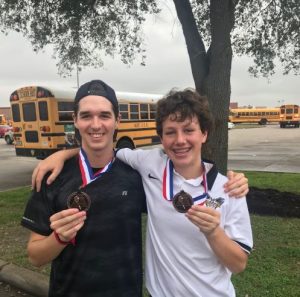 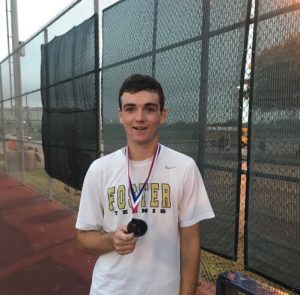 Congratulations to Valerie Carreron on winning Gold in the state girl’s 5A 102-pound division! 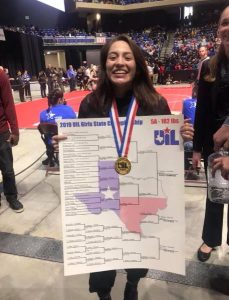 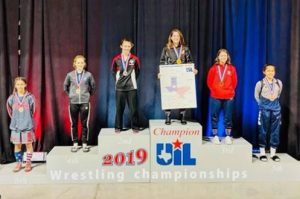 Chidozie Nwankwo is the State 5A Wrestling Runner Up!!! The finals match came down to the very last second! Congratulations on an outstanding season Dot! 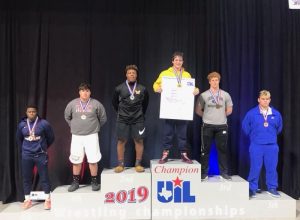 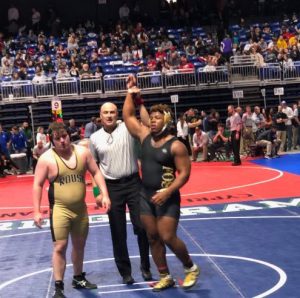 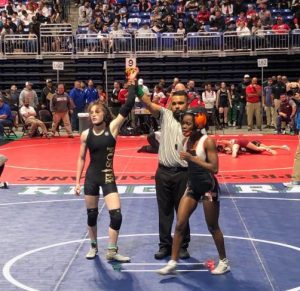 Valerie with the pin! 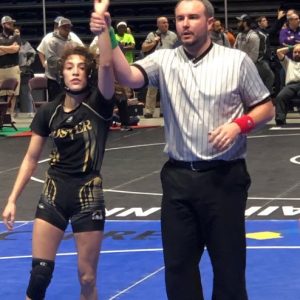 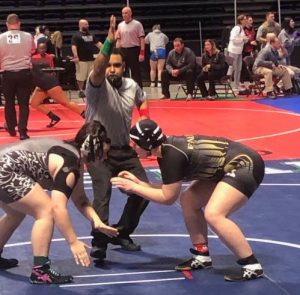 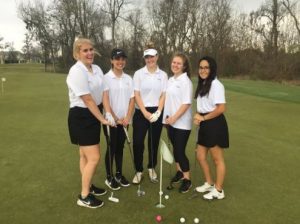 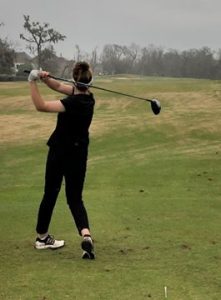 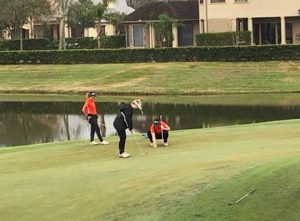 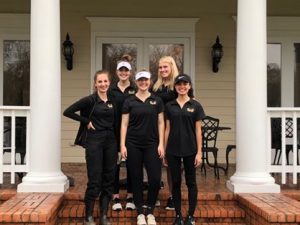 Congratulations to the Lady Falcon Basketball team. They finished a great season 17th in the state, 32-8 record, 3rd in district behind the 4 & 6 team in the state! They beat a team they weren’t suppose to advancing to the 3rd round in the playoffs. WELL DONE LADIES!!

Cold. Misty. Soccer.  The Lady Falcons kicked off the second half of their season against Lamar on Tuesday night at Traylor Stadium and, it started with a bang.  Jasmin Badillo scored directly from a corner just 2 minutes in and the potent Falcon offense was back to business.  A short 4 minutes later, Jasmin found Tola Ajayi for a nice volley and goal number two. Another short 4 minutes later, Angelica Bochus dribbled into the Lamar defense and put a shot over the reach of the keeper for goal number 3.  The Mustangs found themselves scrambling for answers.  The Lady Falcons continued to pepper the goal and went into the half with a 3-0 lead, outshooting Lamar 22-2.  Grace Shivers gave way at half to Kelly Rivas and later Ale Yeverino in goal and the venerable back line continued their quest for yet another clean sheet.  The second half was a rinse and repeat of the first.  25-1 in favor of shots on goal and a 62% possession rate kept Lamar on their heels.  In the 55th minute, Tola crossed the ball into Corbie Chapman who found the bottom corner for a 4-0 lead.  In the waning minutes, Jade Cheramie found the ball at her feet after a poor clearance off a corner and put it in the net to seal the 5-0 victory.  Midfield control and ball possession were key to negating the speed of Lamar’s attackers and once again Marin Stephan, Abrie Morales and Angelica came through on the game plan.

Foster has a bye on Friday but takes the field on Tuesday, 26 Feb, away at Marshall High School, with a start time of 7:30 PM.  This is a change to the original schedule. #ptn

JVA with a 7-0 win over Lamar. Goals scored by Nicholas Arellano (2), Maurice Shoy (2) , Ike Okafor, and Luis Reyes. Mason Haynes with 2 assists and Alejandro Garza with an assist.

Foster wins 4-2 over Brenham in the first game of the Waller JV Classic. Goals scored by Nicholas (2), Diogo, and Chris.

Varsity with a hard fought 2-0 loss to Lamar. Keeper Andrew Vickery kept the Falcons in the game with 8 huge saves.

Foster Softball defeated Lamar 9-0 in their district opener as two pitchers combined to throw a shutout. Foster secured the victory thanks to six runs in the fourth inning. Foster’s big inning was driven by singles by Amanda Allen and Sierra Toman, a walk by Leea Dempsey, a sacrifice fly by Kylie Neel, and an error on a ball put in play by Kylie Stamper. Foster notched six runs in the fourth inning. The offensive onslaught by Foster was led by Stamper, Neel, Allen, Dempsey, and Toman, all knocking in runs in the inning. Allen earned the victory in the circle for Foster. She lasted four innings, allowing three hits and zero runs while striking out eight and walking zero. Welker threw three innings in relief out of the bullpen.

Foster Baseball watched the game slip away early and couldn’t recover in a 6-1 loss to Sweeny on Monday.

Sweeny opened up scoring in the first inning, scoring one run. Sweeny scored three runs in the second inning.

Chase Albright took the loss for Foster. He lasted two innings, allowing five hits and four runs while striking out two. Jacob Flores and Joseph Aventurado each collected one hit to lead Foster.

Foster Baseball stayed in it until the end, but St. John’s pulled away late in a 7-3 victory on Friday. St. John’s was down 3-2 in the bottom of the fifth inning when #23 singled on a 1-1 count, scoring two runs. Foster got things started in the first inning. Nick Mota drew a walk, scoring one run. St. John’s evened things up at one in the bottom of the second inning. Jacob Flores took the loss for Foster. He went one and one-third innings, allowing four runs on three hits and striking out three. Jackson Schwank started the game for Foster. He allowed four hits and two runs over three innings, striking out seven. Mota, Christian Martinez, and Cade Sitka each managed one hit to lead Foster. Foster was sure-handed in the field and didn’t commit a single error. Sitka had the most chances in the field with ten.

Foster watched the game slip away early and couldn’t recover in a 17-1 loss to Dickinson on Saturday. Foster struggled to put runs on the board and had a tough time defensively containing Dickinson, giving up 17 runs.

Cade Lubojasky was on the mound for Foster. He allowed ten runs on six hits. Ryan Balusek, Brandon Naivar, and Clayton Godwin each contributed in relief for Foster. Cade Sitka led Foster with one hit in two at bats.

Alicia Blanton gets 4th in the Triple Jump at Ft Bend Relays- she was playing basketball last Tuesday. She’s going to be fun to watch this season! 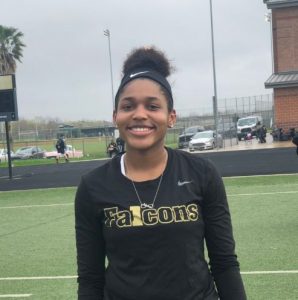 The 4×100 of Jasmine Faniel, Paige Davis, Taiya Edwards and Jonisha Williams (who’s coming straight from basketball) drop one second from last week and got 2nd in their heat. 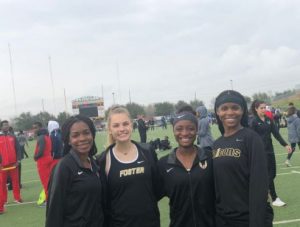 First medal of the day goes to Macie Ellis who got 3rd in 3200m Run. 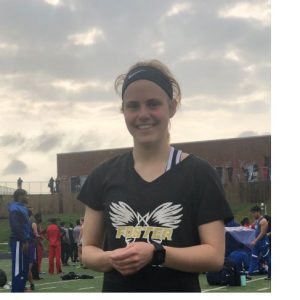 Brittyne La Mothe with a PR on her first 300 Hurdles race of the season! Way to go Britt! It’s going to be a great year. 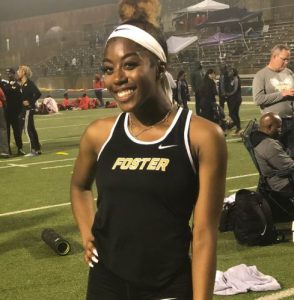 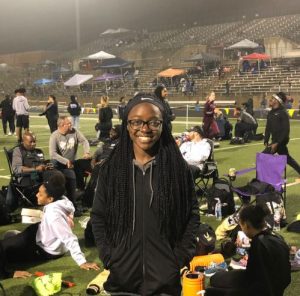 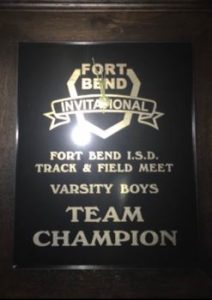 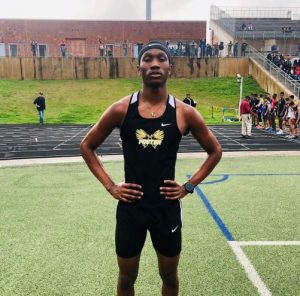