In case you missed it – Here’s a recap of results from some of our Falcons sports teams from the week of 2/25/19. Want your team highlighted on the athletic website? Send sports scores, game summaries, and photos to webmaster.fosterabc@gmail.com. 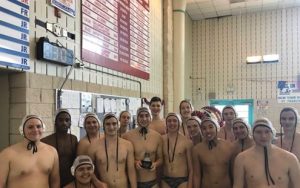 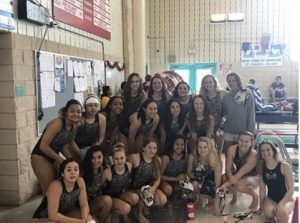 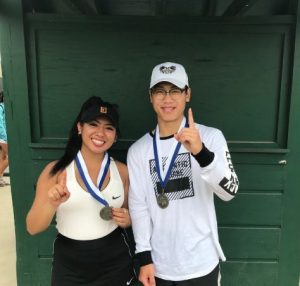 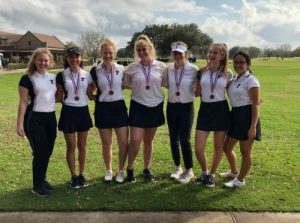 Mother Nature forced a 24 hour slip to the Foster-Marshall matchup but the delay didn’t impact Foster’s effectiveness on the field. The muddy pitch proved difficult for most of the night but it only took about 30 seconds for Tola Ajayi to find the net off an errant defensive rebound.  Roughly eleven minutes later, Tola fed Abrie Morales for a well placed strike and the Falcons offense was rolling.  It took barely another 3 minutes for Angelica Bochus to hit from distance and put the team up 3-0.  Then, 4 minutes later, Marin Stephan found Tola for the brace and a 4-0 lead.  The midfield maintained control and play stayed in the Marshall half for the next 10 minutes or so until Marin crossed a ball in, Jasmin Badillo sent it far post and Jenay Garcia redirected it in for a 5-0 half time lead. Jenay replaced Lianna Hamden who went out with a knock in the first half.  The restart gave the hosts a bit of energy and play went back and forth for a bit before Abrie found Jasmin to put the ladies up 6-0.  The footing on the field continued to cause issues with slips and errant passes throughout the second half.  Still, the opportunity to get game time for other players proved invaluable and a final goal from Angelica, assisted by Abrie, sealed the victory for Foster.  Although tested very little on the night, the defensive line maintained composure and held on for the clean sheet, their 11th on the season and 8th in district play.

It’s been thirty days since Foster defeated Hightower 10-1 following a shock opening goal by the Hurricanes.  Last night’s scoreline was an exact replica of the game one except the Falcons were first on the board.  The potent Falcon offensive trio was supplemented early on by overlapping runs from the outside backs.  This increased pressure kept the Hightower defense off balance and Angelica Bochus found the back of the net just five minutes in to put the Falcons up 1-0.  Three minutes later, the press continued to hamper the opposition and Jasmin Badillo pushed the ball across the goal mouth to Chloe Mills, lurking back post, for the easy tap in.  The midfield started to control the ball movement and Abrie Morales got hot with two assists to Angelica and Jasmin just 15 minutes apart to put Foster up 4-0.  The Falcons were able to find space by switching the field and getting numbers up in the attacking third.  With time expiring in the first half, Jasmin buried a free kick from 25 yards for the 5-0 lead.  The second half started as the first left off with crisp passing in the middle of the field and good diagonal runs by the forwards.  In the 50th minute, a Hightower foul in the box drew a penalty kick for Foster which Tola Ajayi put away.  Three minutes later, Jasmin found Tola following a nice pass string that began in the defensive third and the Falcons were up 7-0.  Marin Stephan continued to win 50/50 balls and challenge the Hurricane midfielders which opened up lanes for Abrie and Angelica.  Jasmin had a solo dribble effort which resulted in goal number 8 and Angelica found Jasmin after another pretty pass string for goal number 9.  The big lead allowed some substitutions for Foster and after about 13 minutes Abrie mimicked Jasmin’s effort with a dribbling display of her own for goal number 10.  Unfortunately, the Falcon clean sheet streak came to end with less than two minutes on the clock when a deflected free kick dropped inside the box and found the back of the net for the lone Hightower score.  The win solidified Foster’s hold on the top of the district with an 11-0 record.

The Lady Falcons take on a surging Shadow Creek on Tuesday at home at 7:30 PM.  Come support them in their quest to remain undefeated.  #ptn #WiT

JVA fights for a 1-1 draw vs Hightower. Maurice Shoy with the lone goal. Ash Reidel and Freddy Rivera with excellent play on the wings.

Another victory for the boys! Foster 4 – FB Hightower 1. Goals scored by Kevin Rendon (2) and Randy Bolanos. Assists by Ricky Rivera and Keven Da Silva. Next game will be against Shadow Creek on Tuesday @ 7:30 PM.

Despite the LCISD softball tournament being cancelled due to weather, the Falcon softball team managed to get a couple of games in on Friday.

Foster sailed to an easy victory over Fulshear 11-1 on Friday. Foster got on the board in the first inning. Kylie Neel singled on a 0-2 count, scoring one run. Foster collected ten hits on the day. Leea Dempsey, Cici Mata, and Alexis Morin all had two hits to lead Foster Falcons Varsity.

Foster defeated Westside 15-0 on Friday as two pitchers combined to throw a shutout. Foster secured the victory thanks to 12 runs in the first inning. Kylie Neel, Amanda Allen, Alyssa Muceus, Leea Dempsey, Ripley Welker, and Cici Mata each had RBIs in the frame. Foster got on the board in the first inning when Neel grounded out, scoring one run. Welker led things off in the circle for Foster Falcons Varsity. She allowed one hit and zero runs over four innings, striking out six and walking zero. Foster hit one home run on the day. Dempsey put one out in the first inning. Foster totaled 14 hits. Muceus, Welker, Dempsey, Mata, and Kylie Stamper all collected multiple hits for Foster. Stamper, Mata, Dempsey, Welker, and Muceus each managed two hits to lead Foster Falcons Varsity. Foster was sure-handed and didn’t commit a single error. Shelby Showers made the most plays with four.

Katy Taylor opened up scoring in the first inning. After Katy Taylor scored one run in the top of the third, Foster answered with one of their own. Katy Taylor scored when Chase Albright induced a fielder’s choice, but one run scored. Foster then answered when Cade Sitka singled on a 2-0 count, scoring one run. Foster pulled away for good with four runs in the fourth inning. In the fourth Bryson Harrell was hit by a pitch, driving in a run, Audin Sanchez grounded out, scoring two runs, and Joseph Aventurado singled on the first pitch of the at bat, scoring one run. Albright was credited with the victory for Foster. He lasted six innings, allowing four hits and four runs while striking out six. Sitka threw one inning in relief out of the bullpen. Sitka recorded the last three outs to earn the save for Foster. Foster tallied nine hits in the game. Reece Burke, Chance Van Cleave, and Zach Schroeder each collected multiple hits for Foster. Schroeder, Van Cleave, and Burke each collected two hits to lead Foster.

Foster’s effort to come back from down four runs in the fifth inning came up just short, as they fell 5-4 to Sweeny on Saturday. Foster scored four runs in the failed comeback on a single by Cade Sitka in the sixth, a double by Nick Mota in the sixth, and a single by Audin Sanchez in the seventh. Sweeny opened up scoring in the second inning, when an error scored one run for Sweeny. Foster tallied three runs in the sixth inning. Sitka and Mota all drove in runs in the frame. Jackson Schwank took the loss for Foster. He lasted five innings, allowing seven hits and four runs while striking out two. Sanchez went 2-for-3 at the plate to lead Foster Falcons Varsity in hits.

Foster watched the game slip away early and couldn’t recover in an 8-3 loss to Second Baptist on Saturday. Second Baptist took the lead on a passed ball in the second inning. Foster lost despite out-hitting Second Baptist seven to five. Second Baptist scored four runs in the fourth inning. Jacob Flores took the loss for Foster. He surrendered five runs on four hits over four innings, striking out four. Foster had seven hits in the game. Reece Burke and Christian Martinez each managed multiple hits for Foster. Martinez and Burke all had two hits to lead Foster.

BIG SHOUT OUT to Paige Davis for getting 3rd overall in the 100m dash! 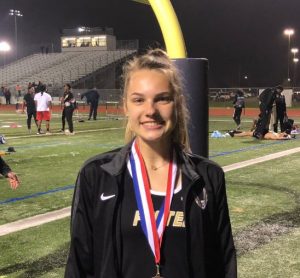 Another track meet and another 1st in the 800m Run for Ife Chris-Rotimi! 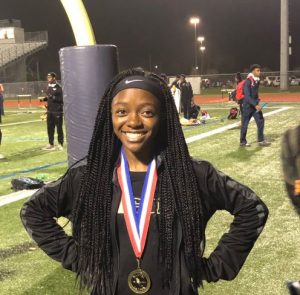