In case you missed it – Here’s a recap of results from some of our Falcons sports teams from the week of 3/18/19. Want your team highlighted on the athletic website? Send sports scores, game summaries, and photos to webmaster.fosterabc@gmail.com.

7th-12th grade girls – Sign up for SAC camp for this summer! Great workouts, fun time, and kick start to get in shape! To download the form CLICK HERE. 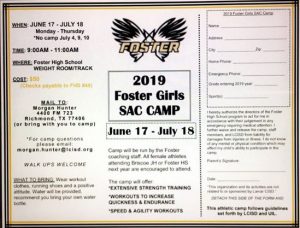 3/24/19: The Foster Boys put up a great fight against perennial state champs St Marks falling 7-8. It was a back and forth game, but they fell short in the end. Great job guys!

Girls district tournament next Tuesday and Wednesday, keep up the hard work! 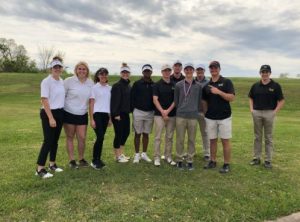 3/21/19: Our Foster Falcon golf teams played a great practice round at Wildcat GC Wednesday to prepare for district tournaments. Sophomore Tobey Wills set another personal best round with an impressive 1 under 71! 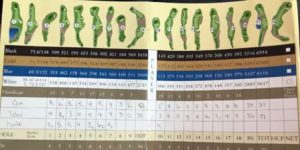 The playoffs begin with a match against Wisdom High School on March 29th at 6:30 PM at Traylor Stadium.

Lady Falcons get the big WIN on the road over the Angleton LadyCats! Scoring goals for the Falcons were Jasmin Badillo with 3 and Angelica Bochus with 1. Falcons remain UNDEFEATED in district! Way to work hard! 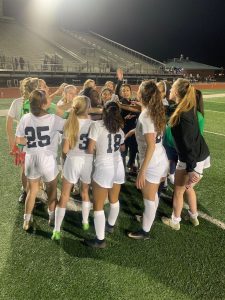 Lady Falcons win over Terry seals an undefeated district championship! It was also the final regular season game for seniors Jasmin Badillo, Tola Ajayi, Corbie Chapman, Liana Hamdan, Genesis Castillo and Tina Rodionov (manager). Thank you seniors and good luck to each of you. Once a Falcon, always a Falcon! 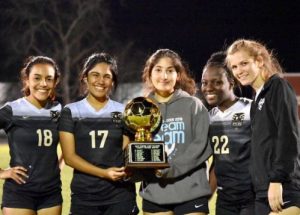 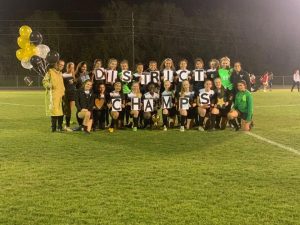 JV wins the District 24-5A Championship!

JVA draws 2-2 with Angleton. Goals for Ike Okafor and Nick Arellano. Foster will play for the district title on Friday at Terry. 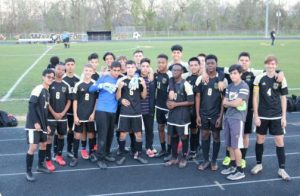 JVA claims the district championship with a 2-1 win over Terry! Goals from Nick Arellano and Mason Haynes. Congrats on a fantastic season guys!

Congratulations to our seniors you will be missed here! Once a Falcon, always a Falcon! 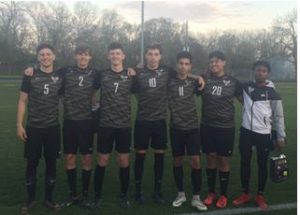 Foster watched the game slip away early and couldn’t recover in a 10-0 loss to Angleton on Tuesday. Angleton took the lead on a groundout in the first inning. Foster struggled to put runs on the board and had a tough time defensively containing Angleton, giving up ten runs. One bright spot for Foster was a single by Cici Mata in the third inning. Amanda Allen toed the rubber for Foster. She lasted one and two-thirds innings, allowing five hits and six runs while striking out one. Peyton Welker threw two and two-thirds innings out of the bullpen.

Mata led Foster Falcons Varsity with one hit in two at bats.

Terry scored four runs in the fifth inning, but Foster still managed to pull out the victory. Terry scored its runs on a grand slam by #1. Foster put up six runs in the third inning. Foster put the pressure on, lead by singles by Alyssa Muceus and Shelby Showers, doubles by Kylie Neel and Toman, and a sacrifice fly by Alexis Morin.

Amanda Allen led things off in the circle for Foster. She allowed five hits and four runs over six innings, striking out 13 and walking zero. Foster totaled 18 hits. Toman, Leea Dempsey, Allen, Neel, and Kylie Stamper all collected multiple hits for Foster Falcons Varsity. Toman went 4-for-4 at the plate to lead Foster in hits. Foster was sure-handed in the field and didn’t commit a single error. Muceus had the most chances in the field with 13.

Foster defeated Fort Bend Hightower 10-0 on Tuesday as two pitchers combined to throw a shutout. Brandon Naivar struck out #5 to finish off the game. Foster put up four runs in the fifth inning. Nick Mota, Christian Martinez, and Cade Sitka each had RBIs in the big inning. Chase Albright got the start for Foster. He lasted five innings, allowing two hits and zero runs while striking out nine. Foster hit one home run on the day. Mota had a long ball in the fifth inning. Foster saw the ball well today, racking up ten hits in the game. Reece Burke, Chance Van Cleave, Sean Kelly, and Zach Schroeder all managed multiple hits for Foster. Schroeder, Kelly, Van Cleave, and Burke all had two hits to lead Foster.

Foster defeated Fort Bend Hightower 17-0 on Friday as three pitchers combined to throw a shutout. Ryan Balusek induced a double-play from #2 to finish off the game. Foster got things started in the first inning when #4 induced Chance Van Cleave to hit into a fielder’s choice, but one run scored. Jackson Schwank earned the win for Foster. He lasted three innings, allowing one hit and zero runs while striking out seven and walking one. Clayton Godwin and Balusek entered the game out of the bullpen and helped to close out the game in relief. Foster scattered 12 hits in the game. Cade Sitka and Christian Martinez all managed multiple hits for Foster Falcons Varsity. Martinez and Sitka each collected two hits to lead Foster Falcons Varsity. 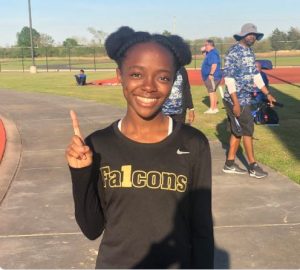 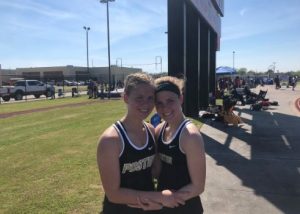