In case you missed it – Here’s a recap of results from some of our Falcons sports teams from the week of 4/15/19. Want your team highlighted on the athletic website? Send sports scores, game summaries, and photos to webmaster.fosterabc@gmail.com.

Physical Day information and forms started going home Thursday. We still have a few more groups to meet with on Tuesday next week. Please refrain from doing Rank One forms at this time. We will let you know when they are available. 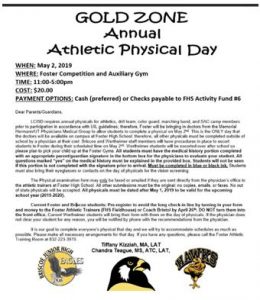 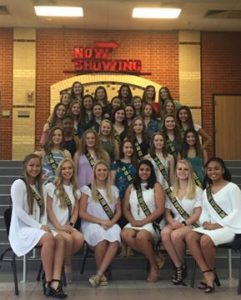 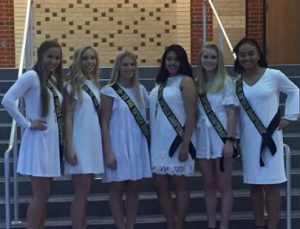 Way to go Joseph! 3rd in the Region! 1st alternate for state! 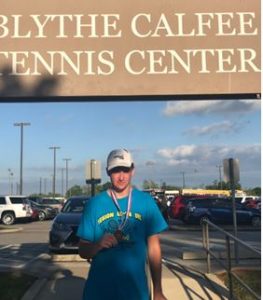 Varsity softball finishes their 2019 season in 2nd place in District.

Foster Falcons Varsity fell 5-3 to Manvel on Monday despite out-hitting them seven to three. Amanda Allen toed the rubber for Foster. She lasted six innings, allowing three hits and five runs while striking out six.

Foster Falcons Varsity watched the game slip away early and couldn’t recover in a 7-1 loss to Angleton on Tuesday. Angleton took the lead on a single in the first inning. Foster struggled to put runs on the board and had a tough time defensively containing Angleton, giving up seven runs. Amanda Allen was in the pitcher’s circle for Foster. She surrendered seven runs on seven hits over seven innings, striking out 12.

Foster hit one home run on the day. Kylie Neel had a dinger in the fourth inning. Sierra Toman, Neel, and Allen each collected one hit to lead Foster Falcons Varsity.

Foster Falcons Varsity scores more runs than Terry, takes victory on Friday to the tune of 5-1. In the first inning, Foster got their offense started scoring three runs in the sixth inning. Foster’s big inning was driven by doubles by Amanda Allen and Kylie Neel and a sacrifice fly by Kylie Stamper. Peyton Welker led things off in the pitcher’s circle for Foster. She went two innings, allowing zero runs on two hits, striking out two and walking one. Foster had 11 hits in the game. Allen, Alyssa Muceus, and Cici Mata each managed multiple hits for Foster. Mata, Muceus, and Allen each collected two hits to lead Foster Falcons Varsity.

Luke Capel earned the victory on the hill for Foster JV Gold. He surrendered four runs on six hits over four innings, striking out five. Brett Bermudes threw three innings in relief out of the bullpen. Bermudes recorded the last nine outs to earn the save for Foster. Chase Cloud, Ryan Talley, Kubosh, Ardoin, and Mehaffey all had one hit to lead Foster.

Foster Falcons Varsity took the lead late in the game in a 5-4 victory over Angleton on Tuesday. The game was tied at four with Foster batting in the top of the seventh when Christian Martinez singled on the first pitch of the at bat, scoring one run. Angleton took an early lead in the second inning when Cade Sitka’s wild pitch allowed one run to score for Angleton. Sitka led Foster to victory on the pitcher’s mound. He allowed six hits and four runs over six innings, striking out five and walking zero. Brandon Naivar threw one inning in relief out of the bullpen. Naivar recorded the last three outs to earn the save for Foster. Foster smacked one home run on the day. Sitka had a homer in the fifth inning. Foster scattered eight hits in the game. Sitka and Chase Albright each had multiple hits. Albright and Sitka each managed two hits to lead Foster. Foster didn’t commit a single error in the field. Audin Sanchezhad the most chances in the field with five.

Foster Falcons Varsity struggled to get their offense going on Thursday, getting easily dispatched by Angleton, 12-0. One bright spot for Foster was a single by Jacob Flores in the second inning. Jackson Schwank took the loss for Foster. He allowed seven hits and eight runs over four and a third innings, striking out two.

Flores and Reece Burke all had one hit to lead Foster.

Congratulations to the following track athletes that competed in the Area meet and are moving on to Regional’s: 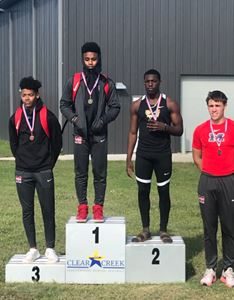 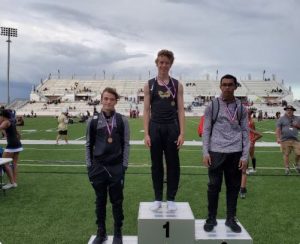 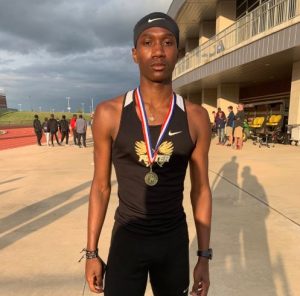 Congrats to Collin Williams and Chris Cobbin finishing 1st 2rd in the 400m! Moving on! 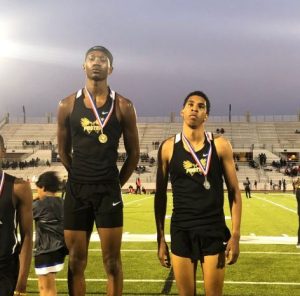 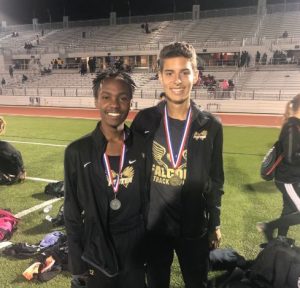 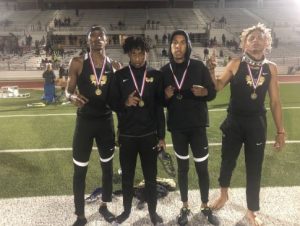 Congratulations to these young ladies. Every one of them that qualified for Area has also qualified for Regional’s! Every. Single. One. Can’t wait to see the amazing things they’ll do next weekend.

Congrats to Maddie Maves on being AREA CHAMPION and qualifying for Regional’s in Pole Vault! 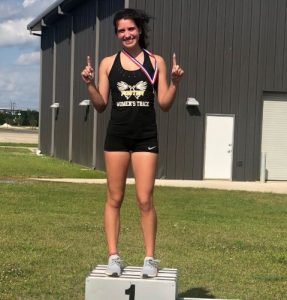 BIG SHOUT TO FRESHMEN Kamryn Williams on placing 3rd in the Triple Jump and qualifying for Regional’s! 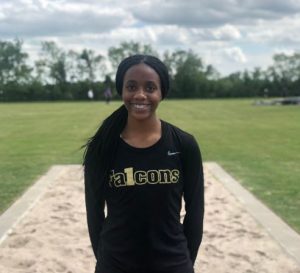 Macie Ellis continues her domination and is your AREA CHAMPION in the 3200m run. She won by almost 300 meters! 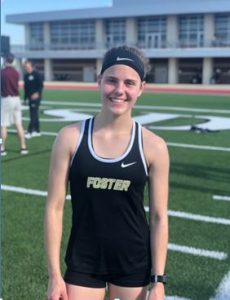 Congrats to FRESHMAN Kamryn Williams (4th) and Ife Chris-Rotimi (2nd) in the 800m Run. Both ladies will run next week at Regional’s with a chance to go to STATE! 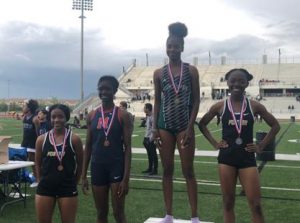 Congrats to Brittyne La Mothe getting 2nd in the 300m Hurdles and qualifying for Regional’s! 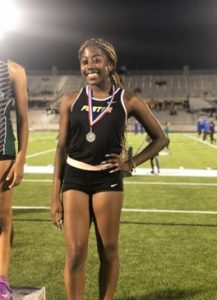 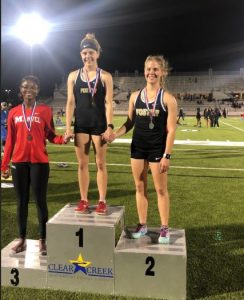 Congrats to the 4x400m Relay of Brittyne La Mothe, Hope Liddell, Katie Wise, and Ife Chris-Rotimi on a 3rd place finish at Area and qualifying for Regional’s 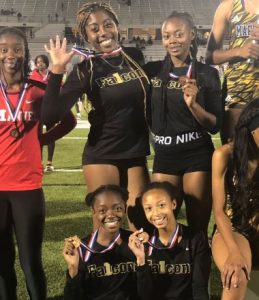