The top two teams in the district met at Wildcat stadium with Foster visiting Angleton on Tuesday. The Lady Falcons started hot when Hannah Bolin found Angelica Bochus for a volley past the keeper and a 1-0 lead just two minutes into the game. The Falcons kept up the attack and forced several saves before Jenay Garcia fed Angelica for a nice goal to make it 2-0. The teams battled back and forth in the midfield for long stretches. Foster got a break with 15’ left in the first half when Sydne Bunce connected with Samantha Doherty for a one time volley and a 3-0 halftime lead. In the second half, the Falcons kept the pressure on but struggled at times in the slick conditions to string enough passes together. Angleton looked for long balls to their front striker but the Falcons defense held strong. Thirteen minutes into the half, Angelica spun off a clumsy tackle and hit the back of the net to complete the hat trick on the night. The rest of the game was a back and forth affair. Angleton had a decent shot at Foster’s goal but Grace Shivers’ reaction save cleared it wide. Foster scored two more off similar situations when the Wildcat keeper mishandled a shot and the ball rolled across the line. The first was credited to Abrie Morales and the second to Doherty for a brace. The Falcons defense organized and stymied every Angleton attack to close out the 6-0 win and their 7th consecutive district shutout. The Falcons host Terry on Friday at the Nest as they look to finish the first half of district play undefeated. 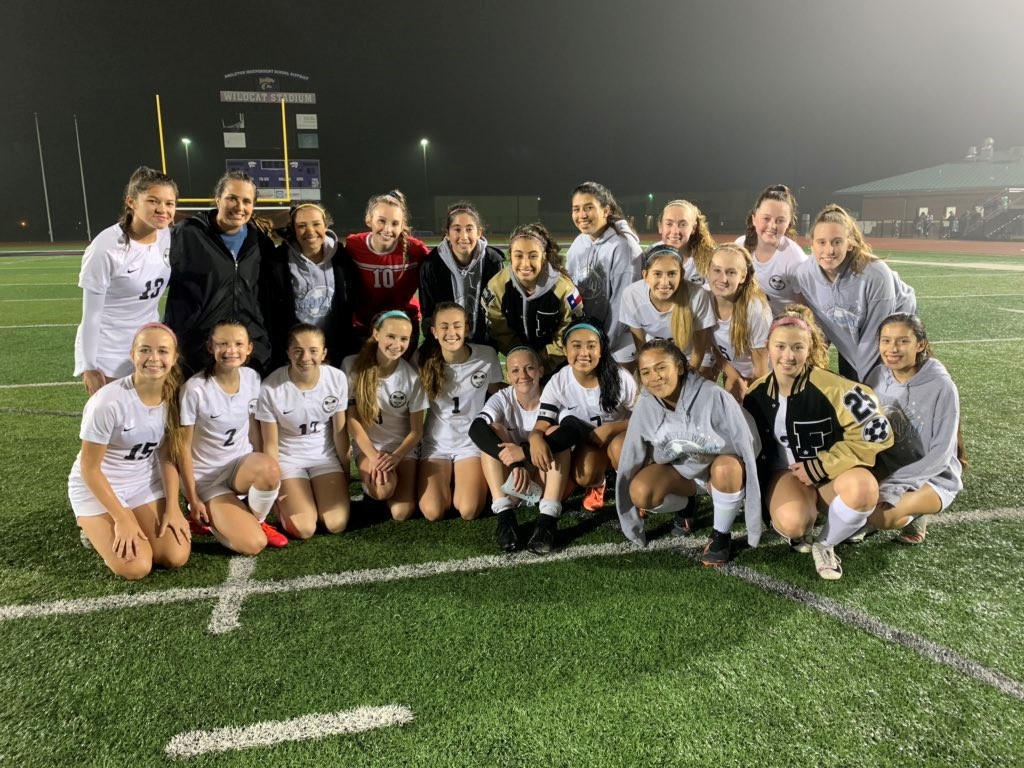