Foster rounded out the first half of district play with a commanding 11-0 win over BF Terry on Friday night. Once again the Falcons came out of the gate fast and struck the net in the first five minutes. More goals followed in rapid succession and 18 minutes into the first half it was 7-0. After halftime, the Falcons scored two more goals at three and six minutes in and added two more late in the game. Angelica Bochus and Kaitlyn Walsh each earned a hat trick. Sydne Bunce recorded a brace and Jenay Garcia, Marin Stephan and Abrie Morales each tallied a goal. The Falcon defense was solid and locked up their 8th shutout in as many district games. The Lady Falcons dominated the first half of district play and will look to equal that mark when the second half kicks off on Tuesday at home against Lamar at 7:30 PM. You can follow the Foster Falcons game action live via the free ScoreStream app. #ptn 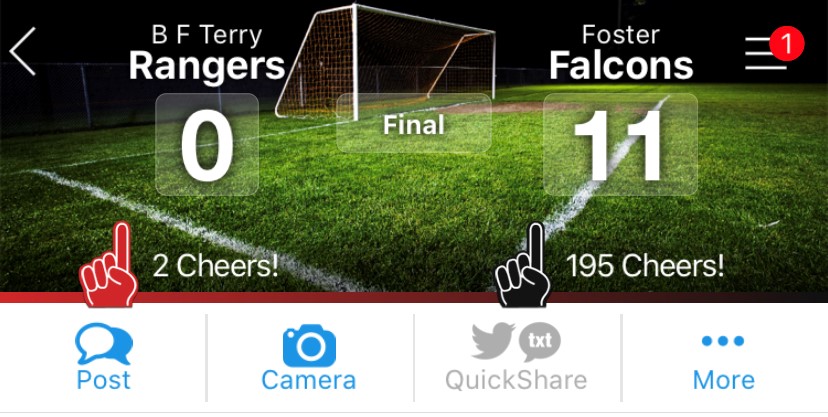