The second half of district play began tonight and the Foster Lady Falcons started right where they left off with a 5-0 win over Lamar. The Falcons came out firing but couldn’t finish early on. It took nearly ten minutes to break the deadlock, but Ashley Bell sent a long shot into the box that the keeper mishandled and it rolled in to open the scoring on the night. Lamar’s best opportunity of the night followed shortly after when Marissa Garcia pushed a ball across the mouth of the goal and narrowly missed the far post. After that, the night belonged to the Falcons. Abrie Morales made a great solo run into the box with 15 minutes left in the first half and found the net to make it 2-0. Two minutes later, Ashley sent another cross in which Sam Doherty deftly dropped to the feet of Angelica Bochus, and the forward fired it home to go up 3-0. Shot after shot peppered the Lamar goal to no avail when, with 6 minutes remaining in the half, Kaitlyn Walsh sent a through ball to Bochus who put the Falcons up 4-0 at the break. The second half was all Foster, although the Lamar defense held them to a single goal by Bochus giving her a hat trick on the night. Foster pressed Lamar for the next 30 minutes and completely controlled possession. Lamar threw everyone they had behind the ball in an effort to stem the tide. In the end, it was enough to prevent further damage but the battle was over and Foster secured the victory for a 9-0 district record and a 9th district clean sheet. The Falcons have a bye on Friday before hosting FB Marshall at the Nest on 25 February. #ptn 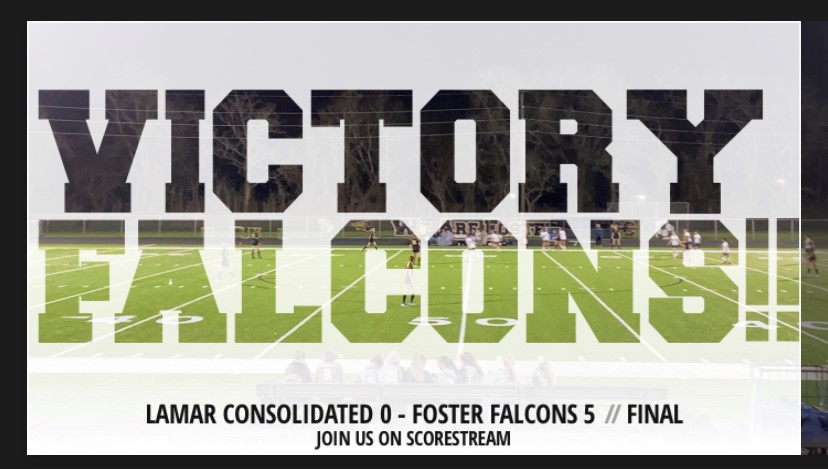