The Foster men’s soccer team took on Angleton at the Nest on Friday night in chilling temperatures.

Despite the cold, the Falcons stayed red hot with a 4-2 victory that extended their win streak to 6 games and secured them second place entering the final round of district competition.  Angleton opened the scoring with a solo effort up the middle of the field, but it was mostly Foster after that.  Two goals just 3 minutes apart put the Falcons up at halftime.  In the second half, Foster added to their tally early on with a penalty kick and then it was a back-and-forth affair until the Falcons found the net one final time with about 15 minutes remaining.  The Wilcats got a goal back on a corner kick following a great penalty kick save by Zeke Cerda.  Kevin Vallone once again led all scorers with 2 while Ike Okafor and Nick Arellano each added a goal.  Jose Hernandez had all three assists on the night and was a force to be reckoned with across the midfield.  The Falcons host Lamar next Wednesday at the nest.  Kick off is 7:15 PM.  Come freeze in the stands and support them as they look to challenge for the district crown. 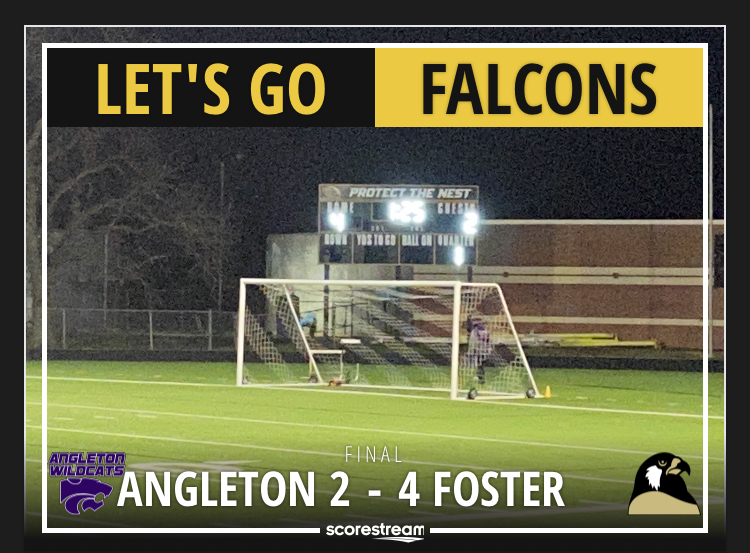