With a cold north wind blowing straight down the field, Foster took on Angleton at Wildcat Stadium in a battle of top 4 teams.  Angleton had won 8 of their last 9 games and looked to further dampen Foster’s hopes of repeating as district champions.  But, despite a first half wind advantage, Angleton’s speedy forwards could not create much to feel good about against an injury-riddled Foster. Led by senior Chloe Mills, the Falcons rejected what few opportunities Angleton got and used possession to keep control of the game.  Addie Zebold found Angelic Bochus to open the scoring 12 minutes in and Jenay Garcia fed Kaitlyn Walsh a cross for the second goal 27 minutes into the first half.  With the wind now at their backs, the Falcons took it to the Wildcats in the second half.  An early Foster corner kick dropped to Zebold who slotted it home and, just minutes later, a poor clearance off another corner kick found Zebold again for her second on the night.  Walsh, who came on as a sub in the first half, continued her impressive form, running at defenders and making crisp passes in the attacking third.  Barely 5 minutes after the fourth goal, Garcia crossed a ball in which Walsh volleyed first time into the upper right corner.  The Falcons went on to secure the shutout and assert themselves as the defending champs going into the second round of district play.  Come freeze and watch the ladies play on Wednesday, against Lamar, at Traylor Stadium with JV kicking off at 5:30 and Varsity at 7:15. 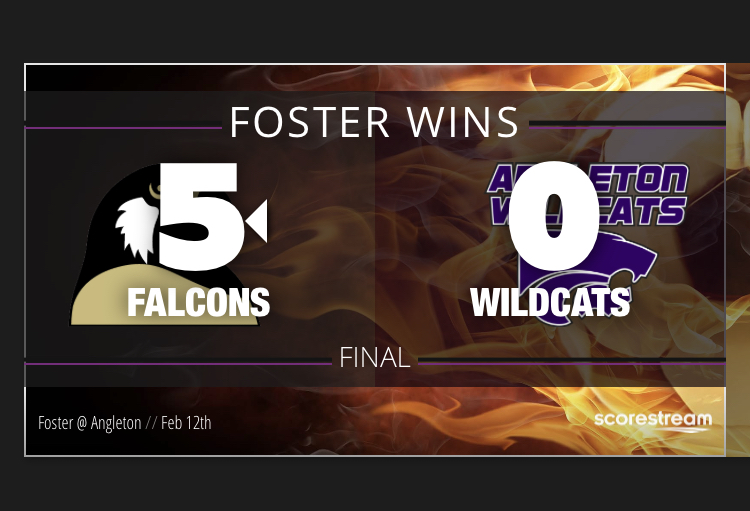